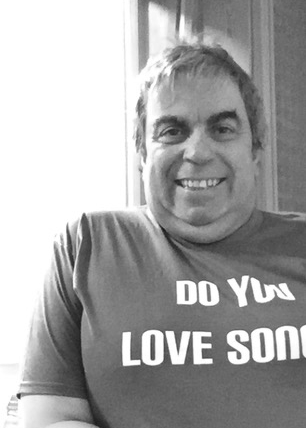 Jerry Wright has a great deal of experience in music and in radio.

From his early days as a keen volunteer and unpaid station assistant at BBC Radio Medway in the 70’s  and at Invicta Radio in Kent in the early 80’s.  He finally got his On Air break as a DJ on the “Boat That Rocked” the Ross Revenge  (Radio Caroline) out in the North Sea  in January 1986.  Jerry still broadcasts  a regular show on Radio Caroline – www.radiocaroline.co.uk

From there he has worked in Commercial Radio in the UK  at Mellow 1557 in Frinton Essex, Invicta Supergold, Invicta FM, KFM, in Kent and on few others before joining Radio Jackie in SW London in 2003.

Where up until the Covid Virus struck in March 2020 he has been the regular Late night voice of SW London for the past 17 years.

Join in the fun and enjoy some great music.

Test  your skills and suss out the “Running Riddle” 121Radio Lateral thinking puzzler at 12.30 and if that’s not enough for you

Join Jerry again later for his Regular Album Show Revisited (times subject to change) which features Classic Album Tracks and some of the forgotten songs that other stations have swept under the carpet.

So give your ears an  Audio Detox and a treat and join Jerry Wright when you can on 121radio.com.